As I may have written about here before, every once in a while I'll forget myself and ruin a day with caffeine. I did my level best to do that today, but I was foiled. It was still a good day. The only downside was a night off from writing -- and not for a lack of sitting in front of the laptop and twitching.

So I'll leave you with a quick update: Nothing Will Burn sits right around 122,500 words, as it did last night when, in a sleep-deprived stupor, I wrote myself into a bit of a corner. I approach that unhappy state now. If I need any evidence of this, the idiotic pseudo paraphrase  "sleep to write another day" refuses to be left out of this post.

On the other hand, maybe it's a good mantra. I dunno. The truth is I'm too tired to tell and in too good of a mood, scattered and wordless or not, to give much of a shit. I do suspect tomorrow will be better. To that end, I bid you all good night and many thanks for your saintly patience.
Posted by Rocci Doria at 1:03 AM No comments:

Starting to settle into a routine, which scares me a little because I don't generally do well with routines. The bulk of the day isn't interesting but the eat dinner, listen to the news, mix a godfather and start writing kind of is. It's comfortable. That's weird.

So, to break it up because that's what I compulsively do, I'm jumping out of a bad (read: slow, distracted, flat) writing night to drop this post instead. Could be I go back to it. I dunno. 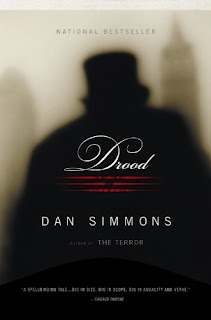 Privacy is one of those things on which I've always placed a high value. Maybe that's already clear in my whining about my taboos for a year on this blog. There are other lines around that, having to do with where my privacy and that of my friends and family stops. One of my favorite novels ever is called Drood by Dan Simmons, written from the first-person POV of Charles Dickens's friend and novelist Wilkie Collins. If you know your Dickens (and far be it from me to fault you if you don't), you'll recognize the reference to his unfinished novel The Mystery of Edwin Drood. In Simmons's book, Drood is a phantom Dickens encounters in the aftermath of a train wreck, but goes on to haunt Collins right up to and possibly beyond the point of Dickens's death. Obviously there's more to it than that, and I gotta say it's a hell of a book worth not spoiling here.

I bring it up because a lot of it centers on Collins's jealousy of Dickens, both his mastery and what he sees as the price everyone closest to him (Dickens) pays, both in public shame and private degradation. I don't know the subjects well enough to tell how fair this is to Dickens or Collins, but it does raise some interesting questions I've seen raised around other authors, songwriters, artists and the like. I understand and, to a degree, endorse exposing one's own flaws, fears, hopes, et cetera -- vulnerabilities, in other words. On the other hand, there comes a point where it's tempting to draw on personalities around you for truer color in whatever you're doing. I never used to do that, but I'm undeniably doing it now in NWB. 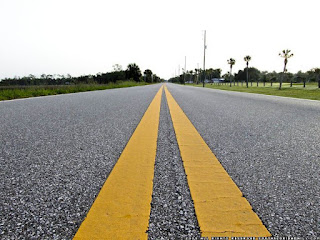 But there are lines, and I hesitate to cross those that don't belong to me. As more and more of the story comes into focus, it feels more likely that people reading it might infer things, might wonder What I Was Trying To Say. I like a non-committal approach to that question: Everybody is free to make of it what they will.

Inevitably though, I know once people begin to infer, they don't slow down. It turns into an interpretative game of Whack-A-Mole. I only care about this in those closest to me, not least because there are so very few. So let me say this, pre-emptively (and probably inconsequentially): I'm not talking about any specific person here or in anything I've done. Nobody in the story is anybody I know. More importantly, I'm drawing on people I don't know every bit as much as people I do. So, as usual, I'm just being my over-analytical, under-observant self, and I'm doing it with a shopping cart.

Whew. So much better. I know that likely serves nobody in the world but me, but it's been on my mind. For anybody still with me and inexplicably still interested, as of this writing I've got a shade under 113,000 words into the book. Not a blistering pace from my last post on the 4th, but pretty good compared to the few months before. I'm trying to make that better. It's eating at me every day: I want to get this done. I need to get it done. I'm still shooting for a January release (that's if I send it out for editing and publish through CreateSpace), so I think I have until about September to finish it and do the rewrite. That's tight but I don't think I can handle it taking much longer.

Anyway, it's a beautiful night. Right about 67 degrees, no wind, a little rogue thunderstorm putting on a show to the southwest. My neighborhood is silent and I'm on my balcony with my laptop with about one small sip left of that godfather I mixed. Whether the book is going good or bad, no matter what's happening at work, moments like this, putting something into words (again, good or bad) are just the best. I hope it all comes to something soon.

I pretty much ran errands and did housework for my 4th. The errands included gathering food, beer and Scotch, and the housework mostly involved raising an umbrella on my balcony. It could be said I did it my way.

The weather was unimpeachably perfect. Overcast, bit of a breeze, occasional drifts of drizzle (hence the umbrella), right about 70 degrees. I powered through a hundred pages or so of the last of Stephen King's Dark Tower books (I go through the whole series every few years), sipping my favorite beer and savoring a moment I just don't get too often these days. It was great.

I'm in a weird limbo with work right now, this holiday being one of those people don't know how / how long to celebrate and opting for the longest possible option in most cases. It's a breather I can use. And I have.

NWB sits at 101,000 words, which is about 1000 more than I've been rounding it up to for anyone asking in the last couple of months. I've been dancing with that sextuple-digit barrier for quite some time now, mostly just for a lack of time. I know I keep coming back to that excuse but, hell man, I need to eat. And I don't even eat much.

Which reminds me: the 4th is the first anniversary of this blog, which roughly coincides with the decision to go hard at writing. So how's that going? Welllll...

I won't bullet the word count milestones for the book, like cracking the big digit today. I do feel them (and it's goooood), but the only ones that really matter are getting it done and taking it to press. Also, this blog probably deserves a bullet or two in that list but it's not going to get one because it's not really for anything other than (bad) promotion, blowing off steam and/or grappling with my many psychological defects. Other than a quick scan for glaring typos, I don't even clean it up before I post. I'm usually too tired by then anyway.

So that's it. It's fitting somehow that these two milestones coincide: they're both arbitrary and yet feel meaningful nonetheless. To those of you following this blog and my work (of which there is precious little out there, I know, but hang in there), I'll say two things: Seek help, and thank you so much. I meant to keep on when I started all of this about a year ago, but having been here has set it firm and tangible in my mind, as have the words of encouragement both from people I already knew and people I didn't. It feels right. I'm glad I'm here.
Posted by Rocci Doria at 12:02 PM No comments: